Your cart is empty

Mahesh Advani: From a Clerk to a Successful Businessman in UAE 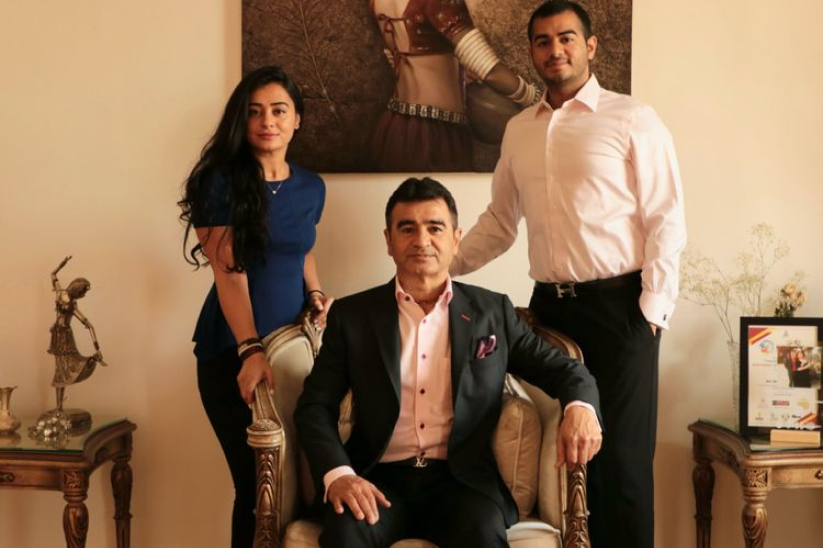 Dubai: At the age of 18, in 1982, Indian expat Mahesh Advani left home for greener pastures. He decided to try his luck in the land of UAE.
Advani had just finished high school in his hometown of Ajmer, in the north Indian state of Rajasthan. Like any teenager with a burning desire to excel in life, Advani took the first opportunity that came his way to strike roots on his own.

“My uncle was working in Dubai and I expressed my interest to see Dubai and find a job there,” Advani recalls the first steps that became crucial in his life’s journey.

Turn Back the Clock

“Blossom Trading is my textile business. In the last 30 years, the textile company has grown into a large conglomerate with interests in hospitality, textiles and e-commerce,” he said.

Ask him what contributed to his career turnaround from a clerk to a businessman – hard work, pat comes the reply. “Also innovation and the ability to form lasting relationships has kept the business strong,” he is quick to add.

The textile arm of Blossom Trading is a key player in the import and distribution of kandoora fabric for Arab menswear.

“We are one of the largest importers of Dishdasha/Kandoora materials from Japan and we cater primarily to the United Arab Emirates, Oman, Qatar, Bahrain, Saudi Arabia, Iraq & Yemen markets,” Advani says.

“We believe that the best way to ensure profitability and customer satisfaction is by putting people and principles first. We embrace corporate social responsibility and strive to attain the best product quality whilst firmly believing in the continuous improvement of our production processes. By investing in innovative and environment-friendly technologies at all the stages of production, Blossom has significantly improved its efficiency and competence.”

The company is based in Textile Souq, Bur Dubai. Around 45 people are employed in the company. Advani has over 150 people working for him including at MyGovinda’s restaurants in Dubai.

MyGovinda’s is an Indian vegetarian restaurant that serves healthy, wholesome meals in Dubai. The success of MyGovinda’s rests on a foundation of exceptional food quality and outstanding customer service, he says. Following the success of this brand in the UAE, the restaurant is spreading its wings into India, the USA and other countries. Besides MyGovinda’s, Advani also started Trufrut, a preservative-free ice cream, available in Dubai.

Advani has also ventured into the online bespoke fashion industry in UAE with his latest project called MyThoby. MyThoby is an aggregator platform that connects users with the best tailoring houses across UAE.

In 2000, I turned vegetarian. “I fell in love with Yoga. And I felt uncomfortable doing yoga after I had eaten non-vegetarian food.”
“I was yearning for pure vegetarian food which was not oily. So we opened the first branch of MyGovinda’s to cater to vegetarian eaters.”

Advani lives in Dubai with his wife Rashmi, 52, and three children. His eldest daughter, Manisha, is a health coach and nutritionist. She has founded a café named Soul Sante Café. His second daughter Pallavi, works for a private equity fund and is into movie making. His son Sanjit is a director of the companies.

“I am the second generation in my family into the business. My father is my inspiration. He worked hard to get to where he is today. He did it with grace and honour. He used to take care of all his customers and staff so well. I have learnt this from my father,” Advani says.

As we sit down for the interview at his restaurant, Advani makes sure his customers are well looked after and comfortable. He walks up to those who are having lunch in the restaurant and enquires about the food and if it is up to their liking. One of the customers from the southern part of India enquires about the sattvic food concept. Advani takes time to explain why the food served in his restaurant does not use any root vegetables.

“In olden times root vegetables were not considered right to consume as an effort goes into pulling them out of the ground. As a result, ants, worms living underground are killed in the process. So there is a section within India that does not consume root vegetables,” explained Advani, who is a vegan himself.

Advani is also a staunch practitioner of yoga and said his nutrition and diet took a major transformation after he started practising yoga, he said.

His son Sanjit explained how he has been inspired by his father. Having completed his undergraduate course in hospitality and soon after his master’s in business analytics, Sanjit has learnt key skills of running a business from his father.

“The customer is first. The service is first class when it comes to our restaurants. I have learnt this from the way my father deals with everyone. This is a valuable lesson,” said Sanjit who joined MyGovinda’s right before coronavirus made its appearance in the world.

“We did not live in the Spanish flu era so we were unaware of what hit us. However, with every challenge comes an opportunity. For example, when the pandemic hit us, we were looking for ways to make our clothes safer. We managed to find a special fabric to make our kandooras and imported it from Japan,” he said.

Advani is also a philanthropist and motivational speaker. He is an active member of the ISKCON movement (International Society for Krishna Consciousness) and takes a deep interest in yoga and the Indian spiritual practices. He is popular for his talks on ancient Indian texts. As president of Dubai Textile Merchant Charitable Trust, Advani is driving the force behind several charitable initiatives. These include: